Notre Dame-Florida State Recap: Fighting Irish Too Much For Seminoles This Time

The last time these two teams met Notre Dame was the No. 15 team in the nation, and Florida State was No. 10. It was expected to be a great game—and it was. Florida State ended up edging Notre Dame, 83-80. Notre Dame rebounded with a win in their next game, but then dropped their next four and fell out of the top 25.

A win over Wake Forest broke Notre Dame’s losing streak, but it sure would be nice to get a winning streak going after losing four in a row. However, the Seminoles have been on an offensive tear of late with three wins by 18, 41, and 24 points.

The defense would have to be on point, and someone would need to provide an offensive boost if Notre Dame as going to win this one.

On the offensive end for Notre Dame, junior forward Bonzie Colson more than doubled his season average (16.1 points/game) with a career high 33-points to lead the Fighting Irish to an 84-72 win over the Seminoles.

”I was just going to the glass, on every play that’s what I try to do,” Colson said after the game. ” Every time that ball goes up, I do my best to go attack the board and get the rebound.”

Often time, when a team overcomes the odds and pulls off the upset like Notre Dame did it is because they were on fire from behind the arc while the other team was ice cold—but that was not the case. The Fighting Irish were only 7-22 from three-point range. This win came the hard way—two points at a time.

But when you have a player that was on fire as much as Colson was, it ends up not being nearly as hard as you might expect.

” That was one of the great performances in our program’s history – big-time team on national TV, what a delivery,” Notre Dame head coach Mike Brey said. ” He’s in an unbelievable groove.”

It was the second game in a row where the Fighting Irish played a lot of small ball. In the other game, a win over Wake Forest, Colson scored 27 points and pulled 16 rebounds. Early in the second half, he had a 7-0 run against the Seminoles that gave Notre Dame a 17-point lead with 15:39 to play.

”He was an exceptionally tough matchup for us,” said Florida State coach Leonard Hamilton. ”We had to go to a smaller lineup to have somebody that’s mobile enough to defend him.” 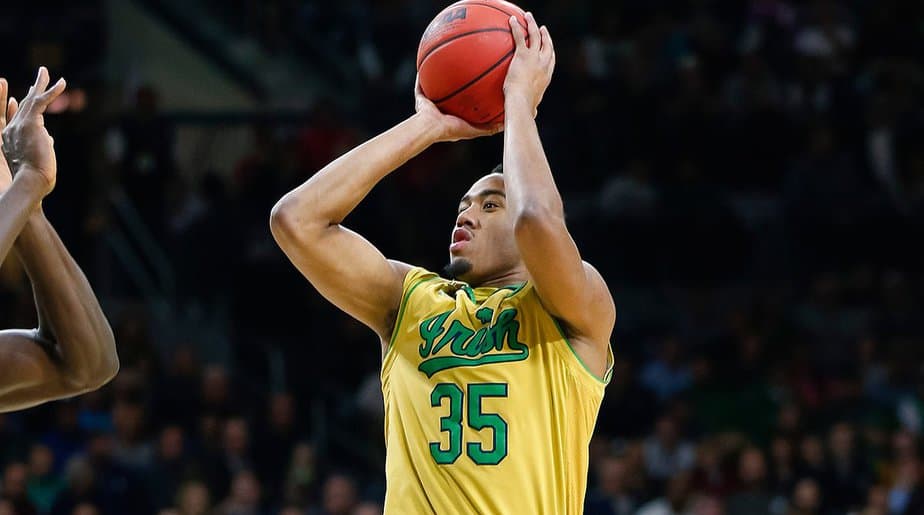 They didn’t do a very good job of defending him. He ended up hitting 12 of 18 shots on the night and appeared to score with ease—especially in the second half when he scored 20 of his 33 points.

Florida State got within 12 points with 7:47 to play following a dunk by Jarquez Smith, but Colson hit a pair of free throws, a dunk, and a layup to stretch the lead back out to 18 points, 73-55. C.J. Walker hit a late three-pointer to end the scoring for the night and trim the deficit to 12-points, 84-72.

Florida State will have a week to think about the loss before they take the court again next Saturday against Pitt. Notre Dame will try to make it three in a row when they play Boston College Tuesday.