If you were to ask Denver Broncos defensive back Aqib Talib what he would like for Christmas, after his shouting match with Russell Okung last week, he’d probably say an offensive line that can block. But if he were to look at the big picture, he may ask for a little help with the team’s playoff chances—because they aren’t looking good.

Not only do the Broncos need to win out, but they need the Miami Dolphins to lose out and for the Tennessee Titans and Baltimore Ravens to lose at least one. Miami has the Bills and Patriots left so they might do their part.  Tennessee has a tough one next week against Houston, and the Ravens aren’t a lock to beat the Steelers or Bengals. 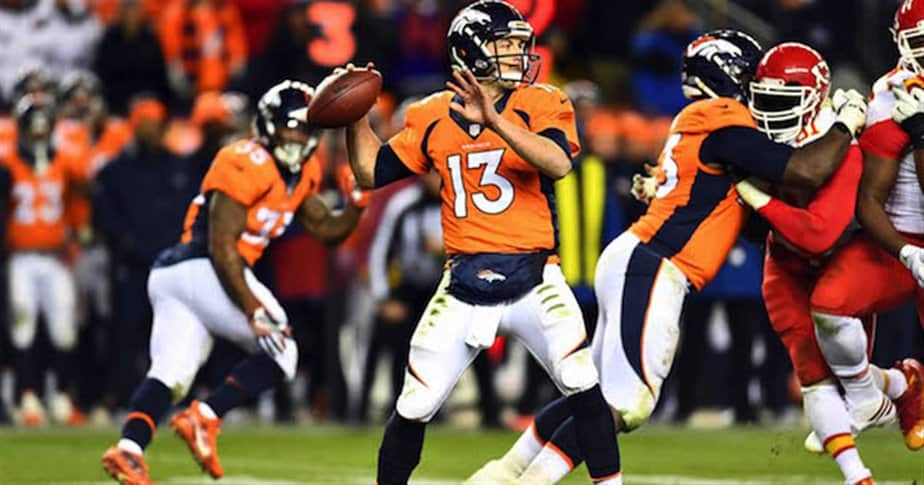 So—it’s possible, but only if they can do their part and win. However, as the Broncos already know, the Kansas City Chiefs are not going to be easy to beat this week and the Oakland Raiders will be even tougher next week.

Denver gave the Chiefs a tough fight back in Week 12. Had Broncos head coach Gary Kubiak played not to lose and punted rather than attempt a 62-yard field goal with 1:08 left in overtime they may not have lost that one.

Neither team could move the ball in the first half, but both found their offenses in the second. Trevor Siemian ended up having a career-best kind of night with 368 yards passing and three touchdowns. But in the last couple weeks, the Broncos offense has struggled. Siemian hasn’t been too bad (35-51 for 334 yards and a touchdown against the Titans; 25-40 for 282 yards and an interception against the Patriots).

But the running game is terrible. As a team, the Broncos only had 18 yards on the ground against the Titans; against the Patriots they had 58. In their Week 12 loss to the Broncos they did alright (124).

Running the ball has been a struggle all season. It started out being hard last season, but by time the end of the season rolled around they appeared to get it figured out; this season—not so much.

Kansas City has had some struggles on offense the last couple weeks as well. Against the Raiders, they team put up 21 points, but only 14 of that came from the offense. They were not much better against the Titans last week. Alex Smith had one of his worst nights of the season (15-28 for 163 yards and a pick). The running game totaled 157 yards, but 68 of it came on one play. 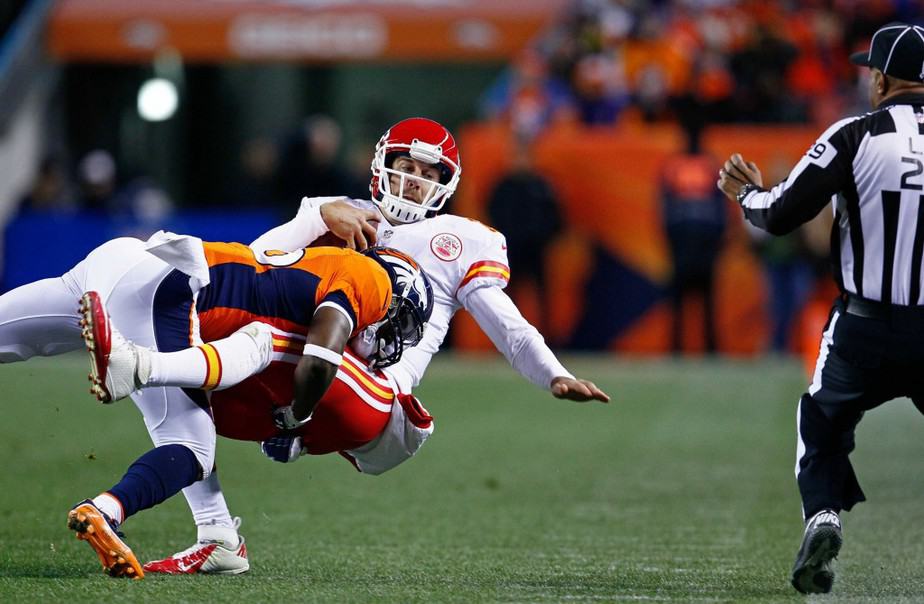 Denver’s defense is going to be fired up and ready to prove their worth after losing to the Patriots last week. If they lose again, they are going to want to make sure there is no way it can be pinned on them. Alex Smith would rather try to bounce back against the Chargers next week than the Broncos, but he’s got no choice.

He has to try—and if the Chiefs are going to win this one, he has to succeed. Otherwise, the Broncos may very well live to fight another day.