Home
Football
NFL On Christmas Day Recap: Broncos vs. Chiefs—Houston, You May Have A Problem.

NFL On Christmas Day Recap: Broncos vs. Chiefs—Houston, You May Have A Problem.

When the Houston Texans locked up the AFC South title with a win over the Bengals Saturday night, they secured a home game in the wild-card round, but they had to wait to see if it would be the No. 3 or No. 4 seed. Pittsburgh’s win over the Ravens secured them the No. 3 seed, making Houston the No. 4 seed.

Pittsburgh’s win secured Kansas City a spot in the playoffs already, but to have a chance at the division title and a first-round bye they had to beat the defending Super Bowl Champions, the Denver Broncos, Sunday night. 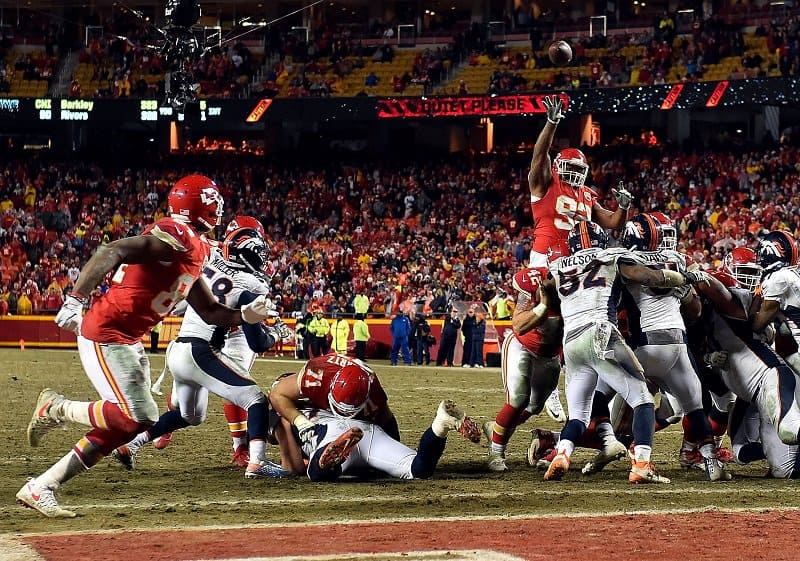 Doing so would not be easy, of course. The last time these two played it was a defensive battle that saw 11 sacks and needed an overtime period to decide the winner–but not this time. Last time the game was competitive, hard-fought, and went down to the wire.

This time it was pretty much over by the time the first quarter ended.

Denver needed a win to keep their slim playoff hopes alive, but it didn’t look like they were playing to win. Trevor Siemian completed only 17 of 43 passes for 183 yards and an interception; a far cry from the 368 yards, three touchdown performance he had last time. The running game was almost non-existent (63 total yards) once again—but they could have survived a poor game from the offense if the defense turned in another stellar effort.

Alex Smith had a modest night completing 25 of 36 attempts for 244 yards, one touchdown, and one interception. Tight end Travis Kelce was his favorite target for the night with 11 catches for 160 yards and a touchdown—which came on an 80-yard screen play.

But the real killer was the running game, led by wide receiver Tyreek Hill’s 95-yard night, which chipped in 238 yards. Kansas City’s offense nearly double what Denver’s produced (484 total yards to 246 total yards) and controlled the ball for 38 minutes of the game.

“I give the guys a lot of credit for playing hard when they already clinched a playoff spot. That isn’t easy to do,” Chiefs coach Andy Reid said. “They came out, and I really thought played aggressive.”

Anything the Chiefs tried appeared to work. When they trotted out 346-pound defensive tackle Dontari Poe as part of the goal line offense, the assumption was that he’d take the handoff and plunged across the goal line for the score. But instead of running “hungry pig right” they ran “bloated Tebow pass.” 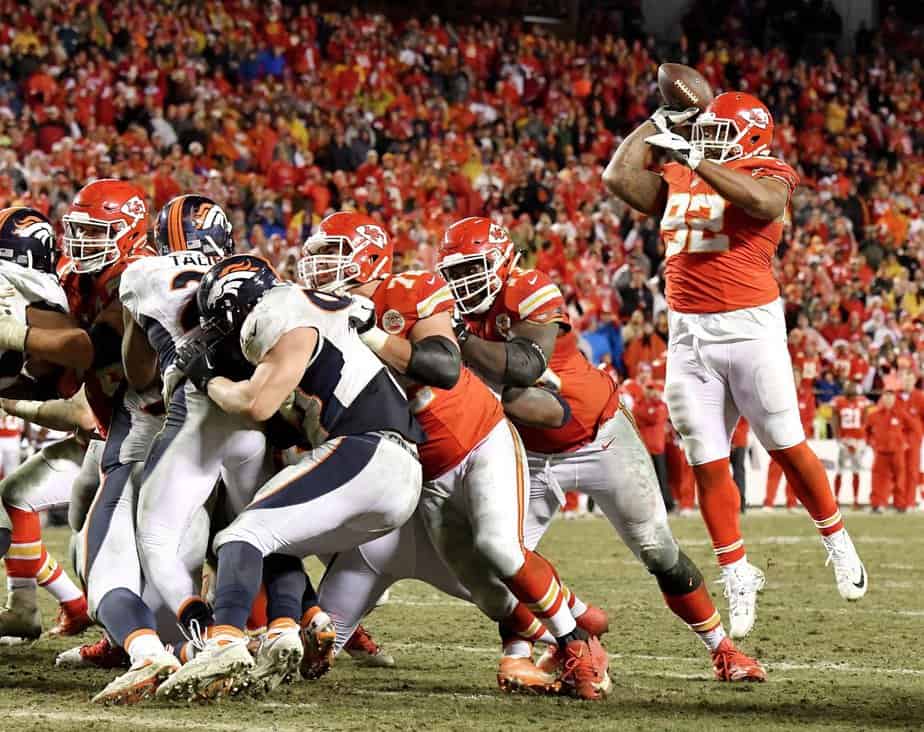 Yep. Dontari Poe—yes, the 346-pound defensive lineman—chipped in two passing yards and a touchdown with a jump pass on the goal line late in the fourth quarter.

“That’s one for the ages,” Travis Kelce said after the game. “That was pretty fun. Everybody in the stadium was yelling for it.”

With a win and a loss by the Raiders next week, the Chiefs can move into the No. 2 seed. The Raiders will have a tough one on their hands in the Denver Broncos as they try to prepare Matt McGloin—who is taking over for Derek Carr (who broke his leg against the Colts). The Chiefs will face the San Diego Chargers. 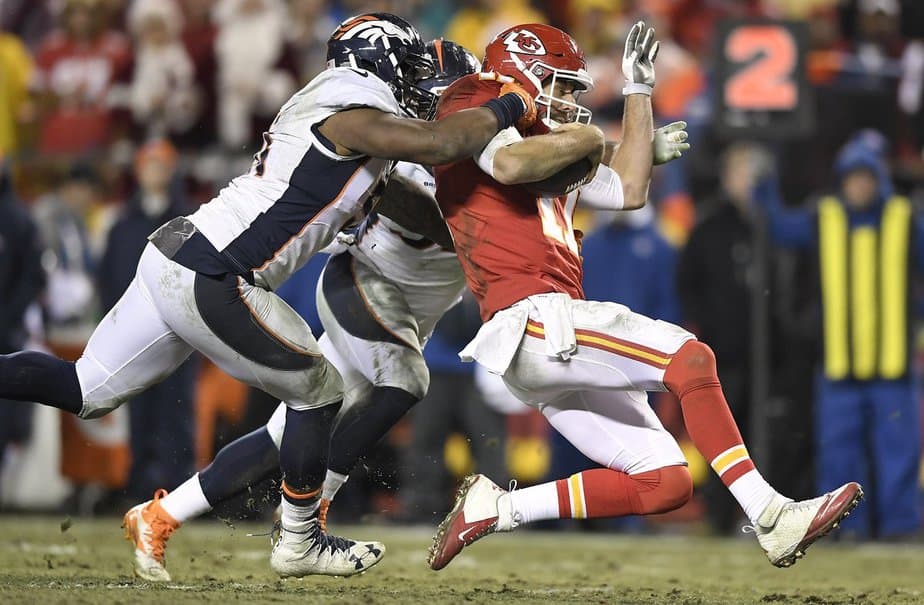 So—why is this a problem for Houston?

Unless the Chiefs move up to the No. 3 seed, they will be the No. 5 seed and play the Texans in the first round. Houston beat the Chiefs earlier this year, but the Chiefs they’ll face in the playoffs are a much different team from the one they beat 19-12 in Week Two.