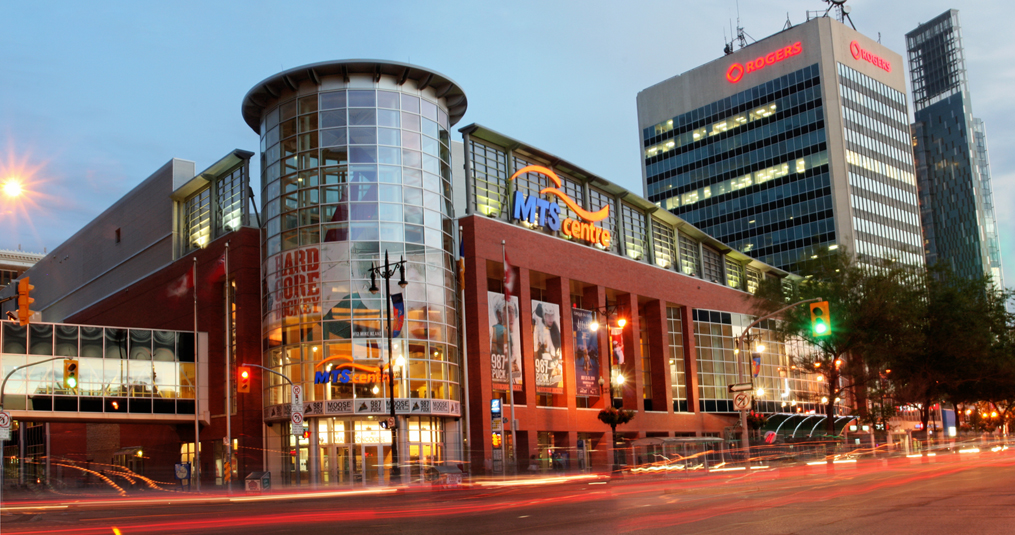 The stadium was originally known as the True North Centre while being planned out, but the naming rights were purchased by Manitoba Telecom Services before its completion. The arena fits 15,294 at full capacity for NHL games.

Before serving as home-ice for the Winnipeg Jets of the NHL, the arena’s first tenants were the American Hockey League’s Manitoba Moose from the years 2004 to 2011.

• Construction for the stadium took just over one year to complete, much faster than most modern stadiums. Ground was broken on the arena on April 16, 2003 and the opening of the facility was held on November 16, 2004.

• When the MTS Centre opened on November 16, 2004 it replaced the old Winnipeg Arena which had been in use since 1955, making it among the oldest hockey arenas in the American Hockey League.

• The original WInnipeg Jets franchise that played in the old Winnipeg Arena from 1972 to 1996 eventually relocated from Winnipeg due to financial trouble, and went on to become the Phoenix Coyotes.