The Washington Redskins found themselves in an enviable position heading into Monday night’s game against the Carolina Panthers. Thanks to the Dallas Cowboys beating the Tampa Bay Buccaneers Sunday night, they had control over the No. 6 seed in the NFC.

All they had to do now was win, and they’d be in. But as it turns out, the Carolina Panthers had a different outcome in mind. 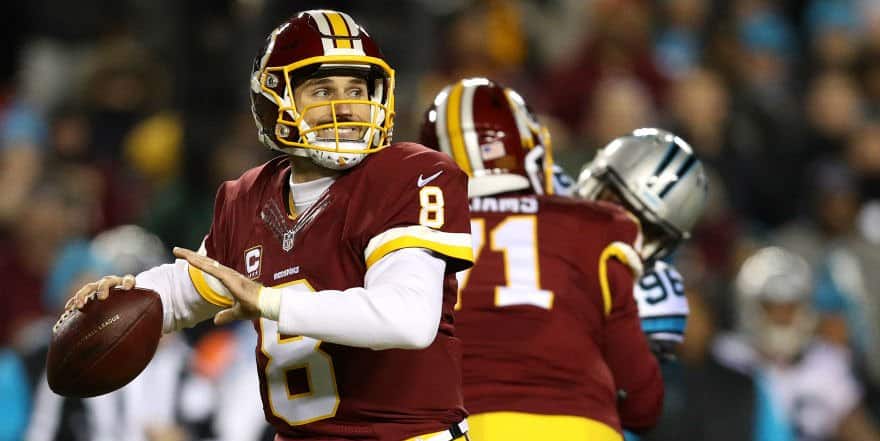 Kirk Cousins had a good game for the Redskins overall, but also had some costly mistakes. He completed 32 of 47 passes on the night for 315 yards but was unable to connect with anyone in the end zone. Cousins was also the team’s leading rusher with 11 yards on two carries.

Cousins was able to get the offense moving but had trouble finishing drives. Both second-half field goals came after the offense stalled in the red zone. But had Cousins not made two costly errors that helped the Panthers score 10 points, maybe they would have gone for it on rather than kick the field goal on one or both drives.

His first quarter interception led to a field goal for the Panthers, but it was his fumble to start the second half that did the most damage. After scoring a touchdown late in the second quarter to close the gap to 13-9, the Redskins had the chance to make a move on the opening drive of the second half. But Cousins was sacked on the first play and fumbled the ball. Carolina recovered and two plays later, Mike Tolbert gave the Panthers a 20-9 lead.

It certainly didn’t help when Cousins lost his top target, tight end Jordan Reed, who was ejected in the third quarter for throwing a punch.

“We didn’t get it done,” said DeSean Jackson after the game. “Obviously it’s frustrating because we knew what we had at stake, we knew what we had on our hands, and we can’t really talk about playoffs until we handle who we need to handle and play better.”

Cam Newton had one of his better passing games of the season with 21 completions on 37 attempts for 300 yards and two touchdowns. He let his emotions get the better of him in the first half after receiving a late helmet-to-helmet hit from one of the Redskins defenders. When he got up, he threw the ball at the defender and was flagged for unsportsmanlike conduct.

“I’ve got to be better than that,” Newton said after the game. “That just can’t happen on my part. I just have to let the referees do their job, and obviously, it was a questionable hit, but I can’t throw the ball at a person. That’s against the rules too.” 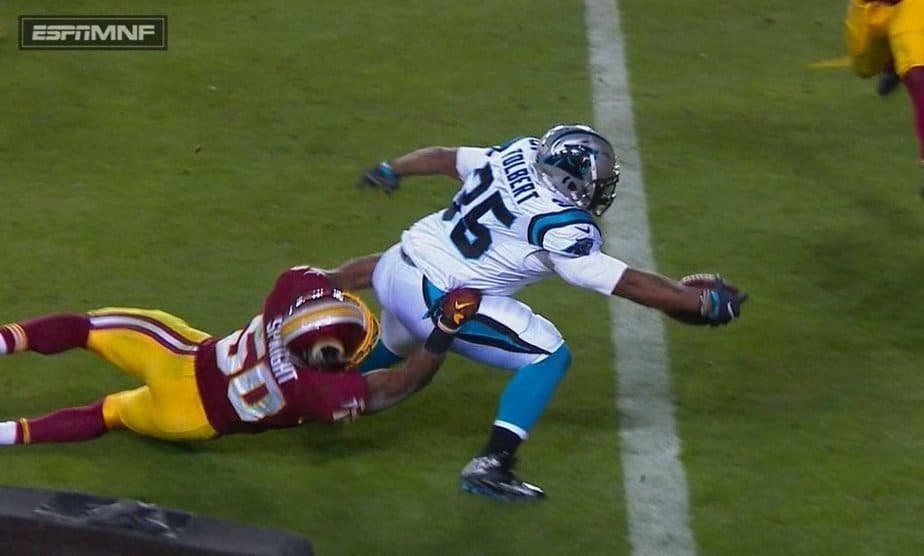 It was his first 300-yard passing game since he decimated the San Francisco 49ers back in Week Two, and only his fourth multi-passing touchdown game of the year. With zero yards on three carries, it was the first time in his career that he went a game without gaining a yard on the ground. The offense didn’t need him to run this time. Jonathan Stewart had his first 100+ yard game of the season with 25 carries for 132 yards.

It was his first 100+ yard game since he ran for 102-yards last season during Week 11 against the Redskins.

Neither team had an easy time scoring points. Washington’s defense forced Carolina to settle for field goal attempts on five red zone possessions (making four of them). The Redskins offense has been averaging over 400 yards a game, but was held to 335 on the night, and only had the ball for a little more than 25 minutes.

The loss allows the Buccaneers to move back into the No. 6 seed with the Green Bay Packers and Redskins trailing. Washington will now have to win out and hope for a little help if they are going to make it back to the playoffs.