It was starting to look like Kansas’ tournament to lose. The Jayhawks crushed their first-round opponent 100-62. Easily handled Michigan State 90-70 in the second-round and pounded on poor Purdue in the Sweet Sixteen to earn a spot in the Elite Eight. Frank Mason III and Josh Jackson were having great tournaments and were getting enough help from the rest of the team for Kansas to keep winning.

The only thing keeping Kansas from making the Final Four was an Oregon team that was down one of its better players in Chris Boucher. Surely, they could continue to roll Saturday night against the Ducks—right? 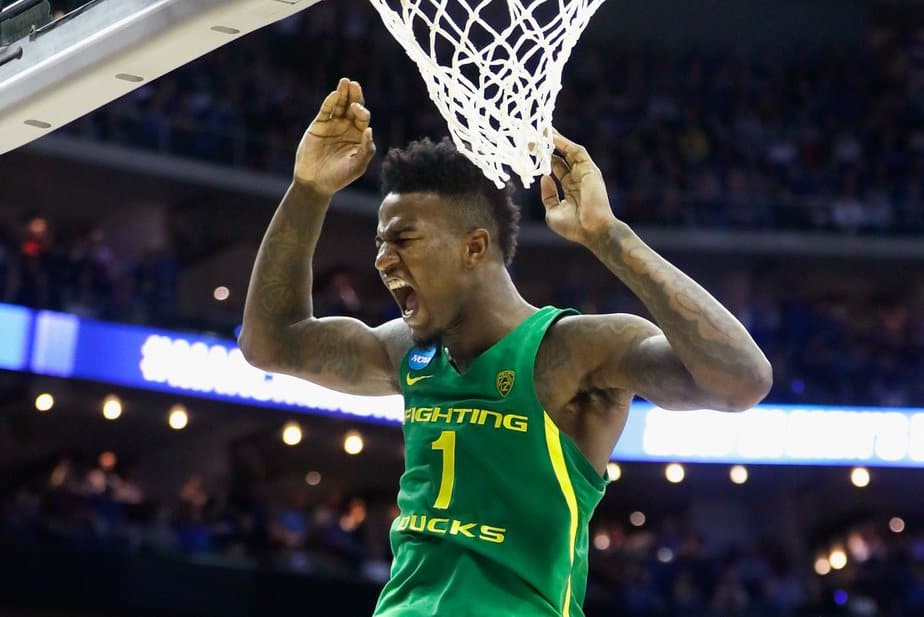 Oregon is a good defensive team (No. 36 in the nation) and had allowed teams to score on average 65.5 points a game. But they hadn’t faced too many offensive juggernauts like Kansas (No. 15 in the nation; 83.2 points/game). Could they handle them?

As it turns out—they could.

The Ducks got out to a fast start and never really looked back. Kansas managed to stay with a few point for most of the first half. But Oregon’s defense clamped down late in the half and allowed the team to take a 44-33 lead into the break.

It never got better in the second half. Kansas entered the game as one of the better three-point shooting teams in the nation (No. 6; 40.4 percent), but was held to 1-15 in the second half and 5-25 overall.  The Jayhawks simply didn’t know what to do against Oregon’s combination of man defense and zone defense.

It certainly didn’t help that Oregon’s Jordan Bell was swatting shots (8) like he was King Kong swatting bi-planes on top of the Empire State Building.

“I’m disappointed for them more than I am for me,” said Kansas coach Bill Self after the game. “But the one thing that happened today, and it’s hard to admit, the best team did win today.”

After being down by double digits since the first half, the Jayhawks got within six late in the second half after Sviatoslav Mykhailiuk made the score 66-60 with 2:53 left to play. Little did Kansas know, but that would end up being the final shot of the season for them.

The win sends the Ducks back to the Final Four for the first time since the school won it all in back in 1939.

Tyler Dorsey led the way for the Ducks with 37 points and was six for ten from behind the arc. Dillon Brooks chipped in 17 points and was 3-8 from three-point range. Two more blocks and Jordan Bell would have recorded a triple-double (11 points, 13 rebounds, and eight blocks). 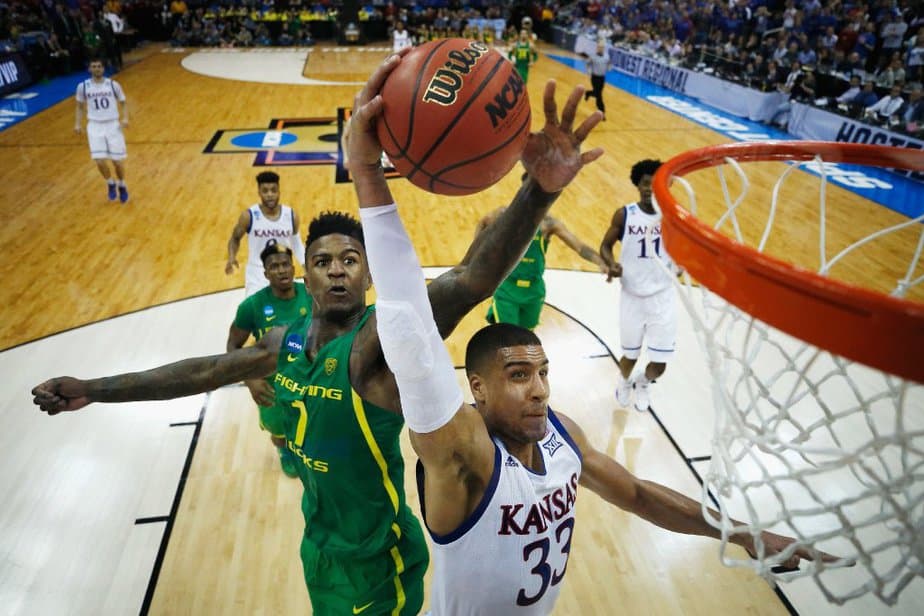 “You feel so good for so many people,” said Ducks coach Dana Altman. “It’s a team effort. You feel good for a lot of people.”

Oregon will face the winner of the North Carolina-Kentucky game on Sunday.