The Kentucky Wildcats have one of the best college basketball programs in the country year in and year out. But the football team? Not so much. They haven’t finished a football season with a winning record since 2009, gone to a bowl game since 2010, or finish a season ranked (yes, it has happened) since 1984 (19th in both polls).

Heading into Saturday’s regular season finale against their rival, the Louisville Cardinals (who they haven’t beaten since 2010), hopes were not high for the Wildcats. Vegas had them pegged as 27-point underdogs and with good reason. Louisville has the second-best offense in college football. Kentucky’s defense? Just 78th and 105th against the run—which Louisville happens to be very good at. 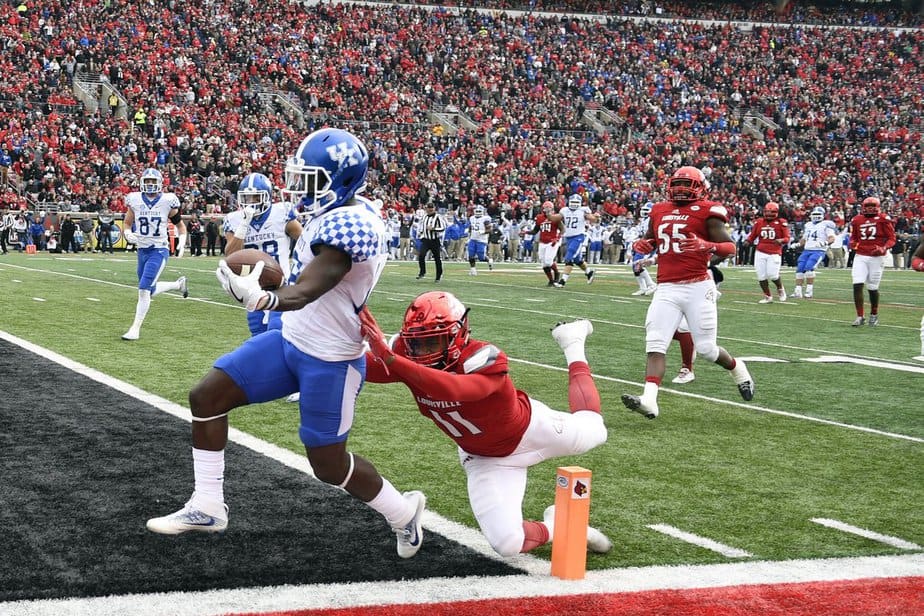 Louisville fans probably thought their team would coast to its tenth win of the season as their quarterback solidified his grip on the Heisman Trophy.

Well—so much for that.

The Louisville offensive machine didn’t disappoint as Lamar Jackson provided 452 total yards (281 passing and 171 rushing) and four touchdowns (two passing and two receiving). Stats like that typically results in a big win and may have if not for two things—turnovers and defense.

Kentucky’s offense had not been terrible this season, but it was also not overly impressive. Their running game was good (16th in the country; 242.4 yards/game), but the passing game was not (111th; 172yards/game). But the No. 7 defense in the country (and No. 6 run defense) should have been able to handle the Wildcats with ease.

But they didn’t. Stephen Johnson had his best day as a starting quarterback completing 16 of 27 passes for 338 yards and three touchdowns (and an interception). He also led the running game with 83 of the team’s 229 yards.

As disturbing as seeing Kentucky’s offense go wild on their defense, Louisville fans likely took comfort in the fact that their offense was not too shabby at scoring. If only Jackson didn’t develop a terminal case of the turnovers.

He had four on the day, three interceptions and a fumble. One of the picks led to a Wildcats touchdown, but it was the fumble that cost them the game.

With the score tied at 38-38 and Louisville with a first and goal on the Kentucky nine-yard line with 1:45 left it appeared as if a win was inevitable.

The plan was probably just to attempt three runs and score a touchdown or bleed as much time off the clock as possible before kicking a field goal—but then Jackson fumbled the ball, and Kentucky recovered.

Seven plays later and with 12 seconds left on the clock, Austin MacGinnis kicked a 47-yard field goal to put Kentucky ahead 41-38.

“Sometimes in this game, you find ways to win and sometimes you find ways to lose games,” Louisville coach Bobby Petrino said. “I certainly feel like we found a way to lose that game. Give Kentucky credit.” 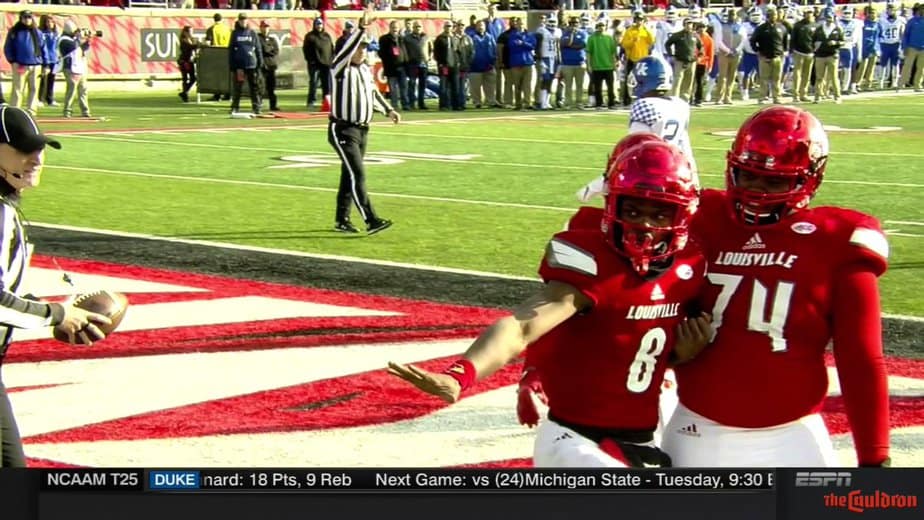 Any hopes of a spot in the playoffs were out the window when they lost to Houston the week before, but many in the media were still willing to forgive Jackson for having one bad game—but two?

Some may argue that he still had a great statistical game even with all the turnovers. However, his mistakes led directly to his team losing the game. The best player in college football is supposed to be the cause of his team winning—not the cause of the other team winning.