Home
Basketball
Florida State-Pitt Recap: Beware The Seminoles When You Fill Out Your Bracket

Florida State-Pitt Recap: Beware The Seminoles When You Fill Out Your Bracket

The Florida State Seminoles are one of the better basketball teams in the nation this year. But as college basketball fans know all too well, that often doesn’t mean a darn thing when March rolls around and it’s tournament time. There is a “better” team every year that takes an early exit from the tournament. With the way the Seminoles looked Saturday evening against the Pitt Panthers it could very well be them this year.

Pitt entered the game 14-12 overall, just 3-10 in conference play, and fresh off a loss to Virginia Tech at home on Valentine’s Day. Florida State had lost its last two and three of their last six, but the three wins were all blowouts.

So, they Seminoles are capable; they have the game, but can they find it and hold onto it seems to be the question. Against a soft opponent like Pitt, the answer should have been a resounding “Yes!” but as it turns out, it was a disappointing “No.”

The two teams traded the lead back and forth a few times in the first half, but as the clock began winding down, Pitt took control and managed to get out to a 41-37 lead by the end of the half. The Panthers kept the momentum rolling in the second half wasting little time in stretching the lead out to 10 points with a Cameron Johnson three-pointer (at the 16:35 mark).

A few minutes later, a Jamel Artis three-pointer gave Pitt a 15-point lead, 58-43, but the Seminoles were not going to just lie down and let the Panthers win. An 11-2 run around the middle of the second half brought the Seminoles within two points, 62-64, with a little over six minutes to play.

But that was as close as the Seminoles could get. Pitt went on a 16-4 run to end the game and secure an 80-66 upset win over Florida State.

“We started buckling down defensively, and they couldn’t really stop us offensively,” senior forward Sheldon Jeter said after the game. “We just showed our composure, really, and kept it together.”

Florida State dominated the paint, outscoring Pitt 38-26, but they had no answer for the Panthers outside shot. Pitt made 10 of 22 from beyond the arc while the Seminoles only made five of 18 three-pointers.

Sheldon Jeter, who came into the game averaging 7.6 points, led the way for Pitt with a career-high 29-points and eight rebounds followed by Jamel Artis who had 16 points and hit three of five three-point attempts and Michael Young with 11 points.

The loss now means the Seminoles will need a ton of help to win their first regular season ACC-title. With four games remaining, including a tough one against a resurgent Duke squad, they are two games behind North Carolina, a game behind Louisville and Duke, and a game and a half behind Notre Dame. 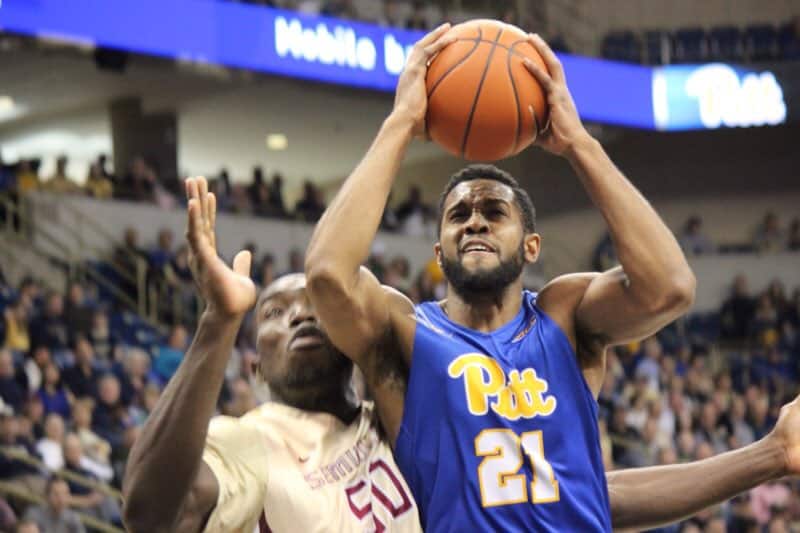 Even if they don’t win the title, they will have a seat at the table when the championship tournament starts up in March—but fans should find it hard to trust the Seminoles to make a very deep run.  While they do have six wins over ranked teams, they also have losses against four teams with double-digit losses (Temple, Georgia Tech, Syracuse, and Pitt).

None of those teams will make the Tournament, but it is not hard to imagine Florida State losing to some other mediocre team in the first or second round. At the same time, they could be one of the middle seeds, get paired up with another “good but not great” team, play up to that team’s level and win.

It’s hard to tell, and unless they have a dominant run to end the season and do well in the ACC Tournament, it will be hard to trust them to do much come March Madness time.