Fans of either team would have probably been just as happy to see their team blow the other out of the water, but no one else would get much of a thrill watching such a game. As it turns out, this one was somewhat competitive. 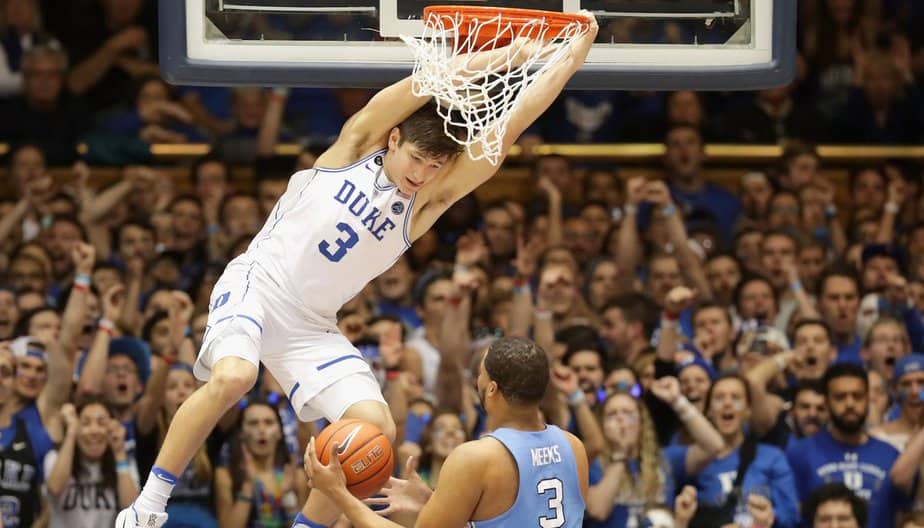 Before the night was over the lead would change hands 17 times, the game would be tied nine times, and no one would ever have a double-digit lead. There were more lead changes in the first half than in any game between the two going back a decade.

The final lead change came with about six and a half minutes left in the game when a Luke Kennard jumper gave Duke the lead, 72-71. The Blue Devils were able to stretch the lead out to six points, but North Carolina quickly closed the gap.

With about a minute to play a pair of Joel Berry, free throws closed the gap to three points for the Tar Heels, but that was as close as North Carolina would get. Duke’s Amile Jefferson closed out the scoring with a pair of free throws in the final seconds of the game to make the final score 86-78, Duke.

Grayson Allen led the way for the Blue Devils hitting nine of 15 shots including seven of 12 from three-point range for 25 points but fouled out in the final minute of the game. Luke Kennard chipped in 20, and Jayson Tatum scored 19—all in the second half.

Tatum’s biggest play of the night didn’t involve him scoring, but chasing down Joel Berry II in the final seconds of the game to pull down a key rebound that secured the win for the Blue Devils.

“We all grew up tonight,” Kennard said after the game. “We were all together, we were all tough and very unselfish.” The win is Duke’s first over a top ten team this season.

Justin Jackson led the way for North Carolina with 21 points followed by Joel Berry II who had 15 points. No other Tar Heels player scored in double figures.

Many are already speculating that what fans are seeing now is the Duke team the voters envisioned when they named the Blue Devils the preseason No. 1. Having their head coach back certainly helps get the team where it needs to be. It also doesn’t hurt that the team is relatively healthy. The trick now will be to continue winning games and gelling as a team while not getting anyone hurt before March Madness starts.

Duke will try to extend the winning streak to five games when they take on Clemson Saturday afternoon at home. North Carolina will not play again for almost a week. They face off against North Carolina State next Wednesday night.