It’s that time again football fans. Time to tell your significant other that you’ll see him or her in a month. Why? It’s Bowl Season! It’s time for football games to be played between teams that would otherwise never play each other. Sometimes they’ll be good games; they’ll often be bad games.

Regardless of the quality, it’s still football. Instead of being forced to watch whatever Lifetime Christmas movie is on with the wife or girlfriend, we can say, “But honey, the game is on!”

The games played early on during Bowl Season are usually between the 6-6. 7-6, and 5-7 teams—so they aren’t that good—but there is always at least one game that is surprisingly good. Will that game be one of the five that plays this Saturday?

Fans will have to tune in to find out. 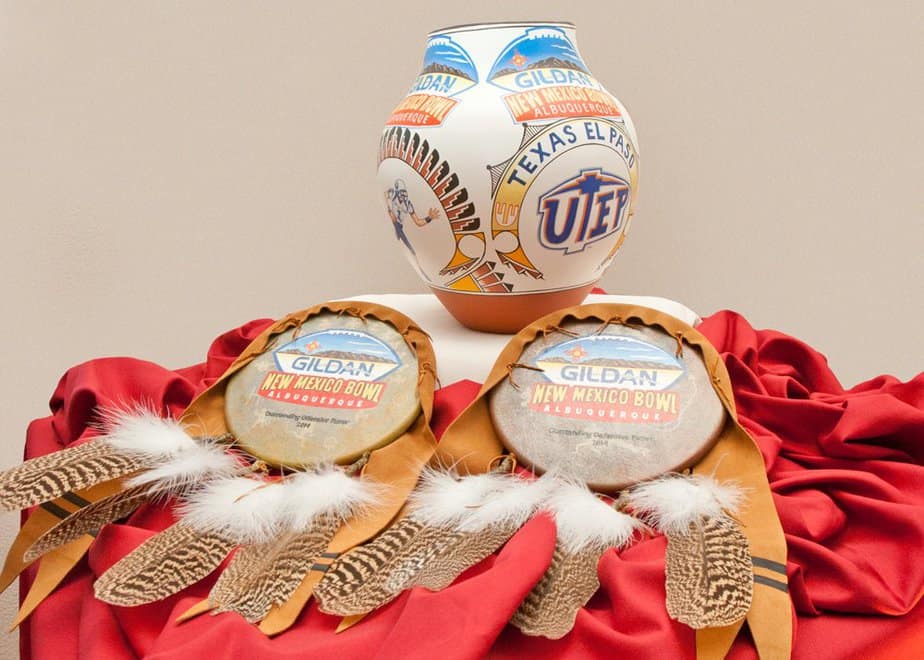 This game is a great one for the programs, but may not be the best or viewers. UTSA has only been playing football since 2011; first as an FCS team, but it moved up to the FBS pretty quick (transitioned up in 2012; played its first full FBS schedule in 2013).

So to finish the season with a 6-6 record and become bowl eligible for the first time is a big deal for the Roadrunners. However, they are playing a relatively unknown 8-win team who happens to have the best rushing attack in the country

Congratulations to the Roadrunners for becoming bowl eligible—but this one is not going to be pretty. Their offense is not that good, and neither is the run defense. The Lobos will have little trouble covering the eight-point spread and will make this one ugly pretty quick.

If you watch one of the many bowl games scheduled before the good ones start on New Year’s Eve, make it this one. Both are led by former Heisman candidates on offense, Houston quarterback Greg Ward Jr. and San Diego State running back Donnel Pumphrey, that will want to put on a show for the fans—Pumphrey especially.

The Las Vegas native will be playing his final college game 18-miles from where he played high school football. So yeah—he’s going to be requesting a ton of tickets for all the family and friends who will want to cheer him on as he tried to break Ron Dayne’s career rushing record (he needs 105 yards).

He’ll have a hard time doing so against one of the best run defenses in the country; Houston allowed an average of 97.5 yards a game. But Greg Ward Jr. and the Houston offense will not find yards easy to come by against the Aztecs defense (No. 12 in the nation).

San Diego didn’t exactly play a lot of high caliber competition. The toughest opponents they had this season were Colorado State and Wyoming. Houston, on the other, faced and beat Oklahoma and Louisville. But Houston has had trouble being consistent this year—mostly due to injuries.

Since they’ve been off for a couple weeks, everyone should be good and healthy. It will be a close game, but a great game. Don’t expect the spread to be covered. 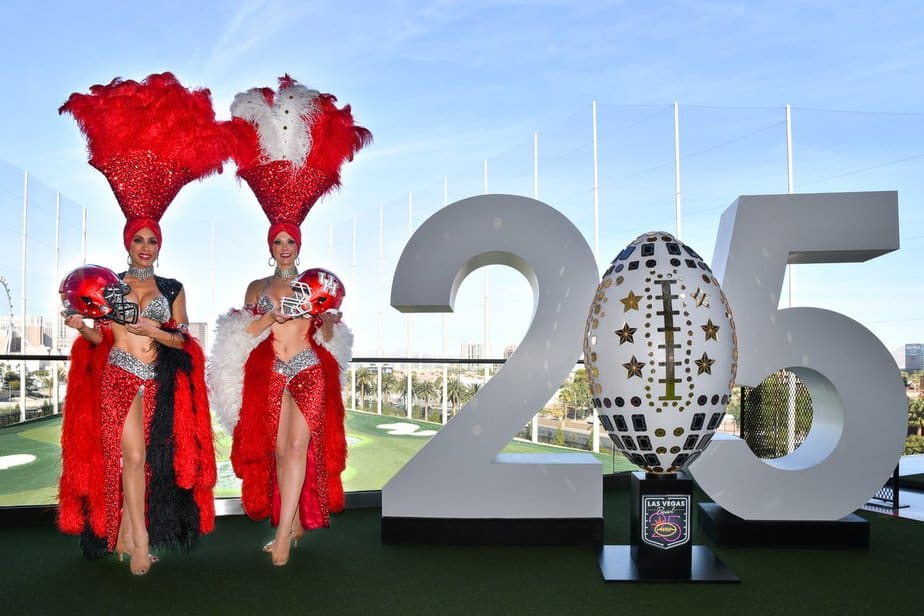 This game has all the potential in the world to be awesome. Both teams have a 1300+ yard rusher so you know they can run the ball. But Appalachian State is not going to be too concerned about Toledo’s running game. They’ll be a little too focused on the guy that led the nation this year in touchdown passes (43), Logan Woodside. Four more and he can break the MAC record set last season by Bowling Green’s Matt Johnson.

Should Toledo opt to focus on passing the ball, that could play right into the hands of the Mountaineers. Their defense has only allowed ten touchdown passes all year and are third in the nation in interceptions (20).

So—whose strength is better? Can the Mountaineer defense control Woodside or can the Toledo quarterback pick apart one of the best secondary units in the nation? Can Toledo running back Kareem Hunt do enough damage that the Mountaineers have to relax against the pass to stop him?

The battle between Toledo’s offense and Appalachian State’s defense will get most of the attention, but the game will be decided by Toledo’s defense and the Mountaineers offense. Toledo will score points; probably not as many as usual (38.8/game; 18th in the nation). The question will be whether the Toledo defense can stop the Mountaineers from scoring more.

Toledo’s defense is a middle of the road type of unit; they are not great, but they don’t stink (55th overall; 60th against the run and 69th against the pass). Appalachian State has a nice two-headed monster of a run game in Jalin Moore and Marcus Cox (13th best run game in the nation). When you run the ball as well as they do, and your opponent is—at best—okay at stopping the run, you should have good luck moving the ball.

But who will win? That is a good question. Next to the Houston-San Diego State game, this could be the game of the weekend, and possibly one of the best of the bowl season. If someone will give you points on either—take it.

This may be the most unimpressive game of the weekend an exactly why people say there are too many bowl games. Neither team has a good offense (UCF-107th; Arkansas State—79th). Both teams have okay defenses (on a good day), which will be more than enough against the lackluster offenses each team will field.

The only impressive thing about this game is the fact that UCF is in it. Last season, the Knights went 0-12 so to rebound with a 6-6 season is not bad. However, they lost their last two by wide margins. But to be fair, Tulsa and USF are pretty decent this season.

So—why in the world is UCF favored by six? Likely because when they are at their best, they aren’t bad. They gave Houston all the Cougars could handle before losing by seven and only lost to a good Temple team by one.

Arkansas State’s only impressive game was a 35-3 romp over then-ranked Troy State. The Trojans were riding a seven-game winning streak and were the highest scoring team in the conference, but when you commit five turnovers, it’s hard to win.

Based off their best games, who they played, and how competitive they were don’t count on Arkansas State to cover the spread. 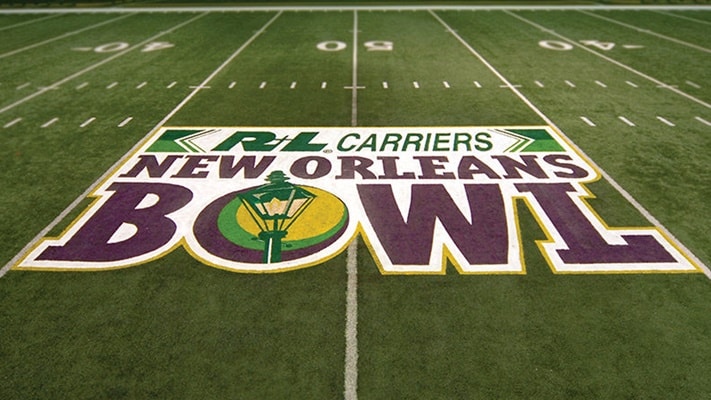 Southern Miss probably had high hopes coming into this season. They were going to have a senior quarterback in Nick Mullens who had thrown for over 4000 yards and 38 touchdowns as a junior. They averaged nearly 40 points and more than 500 yards a game; surely, they could do even better this season—right?

But Mullens was plagued with injury issues this season. He dislocated a bone in the thumb of his throwing hand in October and suffered a concussion later in the year. With all his aches and pains, he only missed two games, but his replacement played couldn’t match his production and they lost both games.

The Ragin’ Cajuns have Anthony Jennings behind center. Yes, the same Jennings that stunk up the field for LSU a couple years ago (he transferred to Louisiana-Lafayette after the 2014 season). He was just as inconsistent and erratic for the Ragin’ Cajuns as he was at LSU, but did play well enough down the stretch to help the team win three of their last four and become bowl eligible.

Southern Miss has a good defense and a good, healthy quarterback. The mystery here is not who is going to win or by how much, but why the spread is only five (which will be covered easily).