When the New Orleans Saints and Carolina Panthers last met in Week Six, the Panthers were riding a three-game losing streak, had a record of 1-4, and were playing terribly. The defense was a sieve, and the offense was nowhere near the juggernaut it was last year, and Cam Newton was back to being that moody, truculent guy with the media the haters love to poke.

Fast forward a month to the second meeting for the division rivals and the Panthers are a better team—as are the Saints—and fighting to become relevant in the postseason race. 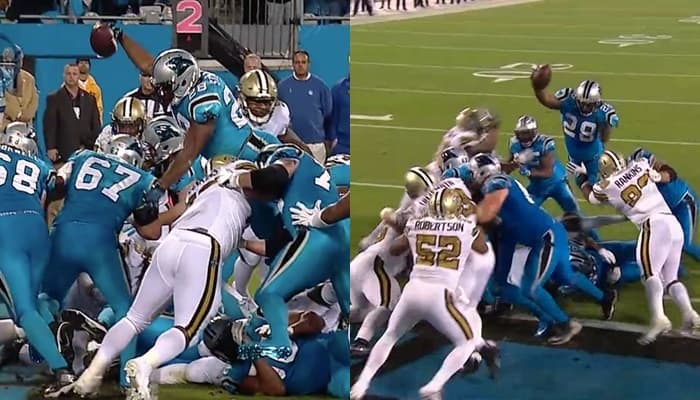 Both needed a win Thursday night, but only one could get it. The Panthers ended up being the ones walking away with the ‘W’ the price may have been too high.

While the last couple of meetings between these two were high-scoring shootouts, this one was a hard-fought defensive battle with a heavy dose of special teams drama.

Thanks to a pair of turnovers that gave the Panthers great field position, the Saints were down 13-3 late in the first half. But the Saints had the ball late in the second quarter and appeared ready to cut into the deficit with a field goal—but then it was blocked and returned for a touchdown.

The touchdown ended up being called back, but Newton hit Ted Ginn Jr. in the back of the end zone on the next play to make the score 20-3 at the half.

It was the second week in a row the Saints had a field goal attempt blocked. Last week against Denver, what would have been the go-ahead extra point was blocked and returned by the Broncos for two-points—which ended up being the difference in the game.

“Two weeks in a row now, we are struggling just to kick a PAT or a field goal. It’s disappointing,” said Payton after the game. “There are some things that you have to be able to do at our level.”

A half is more than enough time for the Saints to mount a comeback, but to do so, they would need to get the ball moving and keep the Panthers from getting back in the end zone. However, the Saints are not known for their defense which made it unlikely they would be able to slow the Panthers down—but they did.

After Carolina had extended the lead to 23-3 with a 14-play field goal drive to start the second half, the Saints defense locked the Panthers offense down for most of the second half. Brees was able to move the ball on the Panthers defense and closed the gap to 23-20 with a touchdown pass to Coby Fleener with 2:52 left in the game.

Rather than attempt an onside kick, New Orleans opted to rely on its defense to give them another shot. It looked like it was going to work and they were going to get the ball back with a couple of minutes left around midfield, but on third and ten Newton connected with Kelvin Benjamin for the Panthers only first down of the fourth quarter.

The first down allowed the Panthers to bleed most of the time off the clock before giving the ball back to New Orleans. But with the ball on their own 14-yard line and 14 seconds left, the Saints didn’t have enough time. 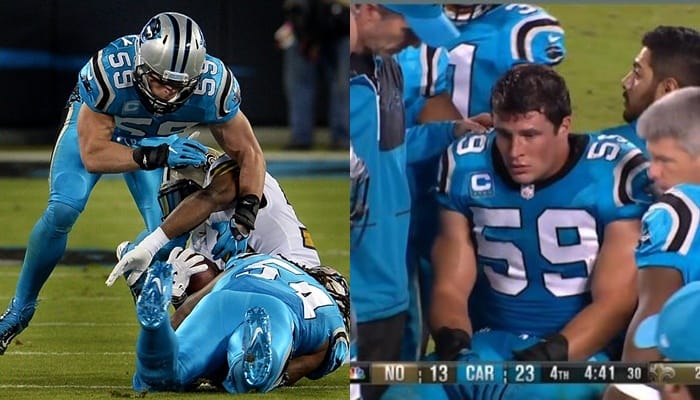 With the win, the Panthers keep their slim playoff hopes alive, but those hopes could be in jeopardy due to all the injuries they suffered to key personnel. By the time the game was over, Carolina had lost center Ryan Kalil to a shoulder injury, defensive end Mario Addison to a foot injury, defensive back Leonard Johnson to a chest injury, and linebacker Luke Kuechly.

Kuechly, who was visibly shaken as he was put on the cart and taken off the field, appeared to injure his knee, but the team later announced that he had a concussion (Thomas Davis shared a picture of himself and Kuechly Friday morning on Instagram to let fans know Kuechly was fine).

How long the Panthers will lose anyone—if they lose anyone—due to one of the injuries suffered Thursday remains to be seen, but with the Oakland Raiders and Seattle Seahawks up next they will certainly need all-hands-on-deck.